I will be available immediately by email on the following days. In addition, you can visit my Zoom office hours at the day and time listed below:

Jake Beckman is a sculptor and installation artist whose work explores issues at the intersection of society, science and our material imagination.  He received his BA from Swarthmore College in 2005 and MFA in Sculpture from RISD in 2011. He has exhibited nationally and internationally, with solo exhibitions most recently at The Delaware Contemporary, in Wilmington, DE, The Pittsburgh Center for the Arts in Pittsburgh, PA, and SPACES in Cleveland, OH as part of the SPACES World Artist Program Residency.  Other residencies include the Bemis Center for Contemporary Art and RAIR Philly.  His public art projects are on view in numerous locations including the Schuylkill Center for Environmental Education and the Smilow Center for Translational Medicine at the University of Pennsylvania.  He teaches 3D-design and ceramics. 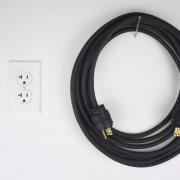 Chris Feiro is a representational painter whose work is centered on perceptually based painting and drawing. He has exhibited in both the US and abroad. Chris’s work is represented by Cerulean Gallery in Philadelphia, PA and The Eddington Gallery in Indianapolis, IN.

Monica Anke Hahn studies representations of indigenous peoples in an eighteenth century British imperial context.  Her research has been funded by the Andrew W. Mellon Foundation, The Library of Congress, Harvard's Houghton Library, the NEH-Global Book Histories Initiative, The Library Company of Philadelphia, the Historical Society of Pennsylvania, the Lilly Library, the Yale Center for British Art, the Lewis Walpole Library, the Tyler School of Art, and the USC-Huntington Early Modern Studies Institute, among others. She serves as second vice-president of the Historians of British Art, vice president of the Community College Professors of Art and Art History, and treasurer of the Historians of Eighteenth Century Art and Architecture.  Dr. Hahn's essay, “Dramatizing the Encounter: The Performative Body in John Webber’s ‘A Man of the Sandwich Islands, Dancing’” appears in Artistic Responses to Travel in the Western Tradition (Sarah Lippert, ed., Routledge, 2018) and her essay "Pantomime Indian: Performing the Encounter in Robert Sayer's Harlequin Cherokee" was published in the January 2021 issue of the William and Mary Quarterly. Her book manuscript titled Harlequins of Empire: Staging Native Identity in British Imperial Art c. 1776 is under advance contract with the University of Virginia Press. 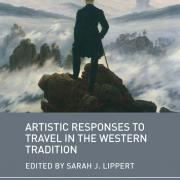 Rebekah Higgins is a first-generation American and like many of her students is the first person in her family to have attended college. She studied art and computer graphic design at Pratt Institute and maintains a commitment to lifelong education by attending various ateliers, workshops, and private consultations with artists in fine arts, design, concept art, and illustration. She worked professionally as a graphic designer and illustrator and now focuses on a fine arts practice. She considers herself a generalist in the visual arts—one who dives deep into each area. Teaching in foundations is a very good fit for her as she enjoys working with and advising students who have varied goals and interests. Professor Higgins taught at several area art colleges before finding her home at Community College of Philadelphia, where she has been teaching for 21 years. 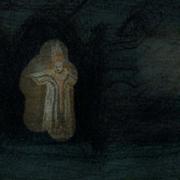 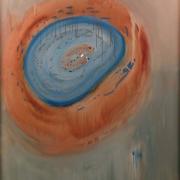 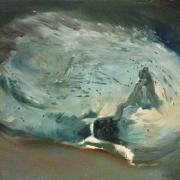 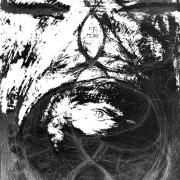 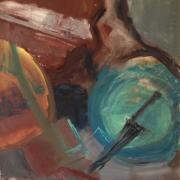 Sarah Iepson is a scholar of 19th century American art history with a focus on portraiture and photography in the antebellum period. She is a recipient of several awards from conference presentations and was awarded the Lindback Award for Distinguished Teaching at CCP in 2015. Sarah has presented at conferences nationally and internationally and is published in the Journal of the LUCAS Graduate Conference and the Daguerreian Annual. 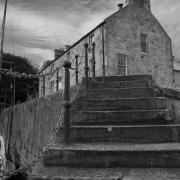 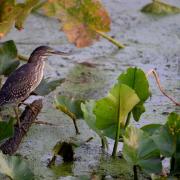 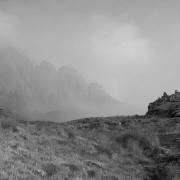 Influenced heavily by the architecture of her surroundings, Roberta Massuch (Philadelphia, PA) creates functional pottery and sculpture. Massuch received her BFA in ceramics from Northern Illinois University and her MFA from Louisiana State University. Teaching positions include The Clay Studio (Philadelphia, PA), Tyler School of Art (Philadelphia, PA), and the Community College of Philadelphia. Her work has been exhibited at universities, institutions, galleries and museums across the United States. 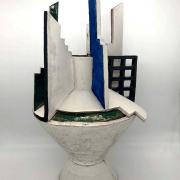 Jeffrey Reed is a representational painter whose work is centered on the landscape. He has received numerous awards, including a Visual Arts Fellowship from the Pennsylvania Council on the Arts. He has shown widely in the US and abroad. Jeff's work is represented by the George Billis Gallery in NY, NY and the Gross McCleaf Gallery in Philadelphia, PA. 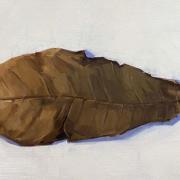 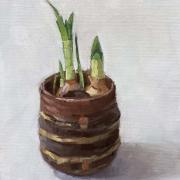 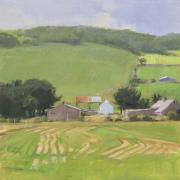 Sean Sauer is a representational painter whose work focuses on interior spaces and the landscape. His work has been featured in numerous gallery exhibitions throughout the United States, including: Prince Street Gallery, Gross McCleaf Gallery, and the Butchershop Gallery and is represented by the Cerulean Gallery in Philadelphia, PA. He received a B.F.A. in Painting from The School of the Art Institute of Chicago, and a M.F.A. in Painting from Indiana University in Bloomington Indiana.

Currently an Assistant Professor at The Community College of Philadelphia, he teaches all levels of drawing, design, and painting and serves as the Transfer Coordinator for the Art Department. Prior to a career in teaching, Professor Sauer worked for many years as a scenic painter creating sets and props for television and film and then as a mural and decorative painter in Chicago. 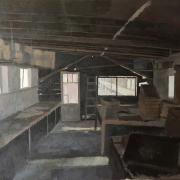 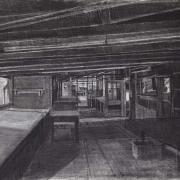 Dr. Brian Seymour is an Associate Professor who earned a PhD in Art History at Tyler School of Art at Temple University. His dissertation: “Art Collecting and Shaping Publics at the Turn of the Twentieth Century” aligned the discursive practices of two Philadelphians, attorney John G. Johnson and Dr. Albert C. Barnes. His research centers on issues relating to art collecting and the public sphere.

Dr. Seymour is a recipient of the Lindback Award for Distinguished Teaching. In addition to teaching in the art department, he coordinates the Honors Curriculum at the College.

Outside of the College he served as a Graduate Associate Fellow at the Center for Humanities at Temple University, and in support of his research, he has received research grants from The Center for American Art at the Philadelphia Museum of Art, the Ruskin Library and Research Centre, and a Dissertation Completion Grant from Tyler School of Art.

Monica Baziuk is a graphic designer whose work is based in print media. She has extensive experience as an art director and designer for several publishing companies and currently manages her own design practice in Philadelphia. She received her BFA in visual communication and painting from The School of the Art Institute of Chicago. She teaches design courses at the Community College of Philadelphia and Drexel University.

Richard has taught at CCP for over 20 years, and has taught drawing and painting at colleges, universities and art schools throughout the eastern United States, as well as in France. His work is included in many public and private collections and has been represented by galleries in New York City, New Jersey, California and Philadelphia. He is currently represented by Cerulean Arts in Philadelphia.

Robin Fickle pursued an unconventional path as both an art historian and professional harpist. In Los Angeles she taught courses in medieval art and humanities at various universities and colleges before teaching at CCP and Arcadia University where, as an adjunct professor, she currently teaches AH 225 19th Century and AH 220 Medieval Art, conducts medieval banquets and takes her students to Paris as part of Arcadia's Global Field of Studies Program. She has published numerous articles on the nexus between medieval music, art and performance practice on harp in the FH Journal. She has sold five books of her harp music internationally, recorded on CD and actively performs and teaches harp from her private studio. Her extensive travel experience has allowed her to see most of the art that she presents in her lectures.

Dean Hartung is a representational painter who specializes in Mural and portrait work. He has taught in various intuitions in including The National Academy, The Art Students League of NYC and Swarthmore College. His murals include Media Courthouse, Media Pa, The NYC Subway and Montefiore Medical Center in the Bronx. He is also represented by the Gross McCleaf Gallery in Philadelphia, PA. 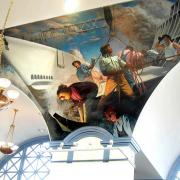 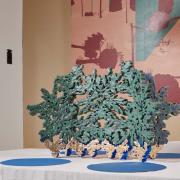 Neil Patterson has been making pots for over thirty years. Neil has a BFA from the Cleveland Institute of Art and an MFA from Louisiana State University. He was a Core Fellowship student at Penland for two years and spent a year studying Ceramics at Cardiff University in Wales. He has been an artist in residence at The Clay Studio in Philadelphia and taught part time at Tyler School of Art for seventeen years. Neil teaches workshops nationally. Together with his wife Sandi Pierantozzi he maintains a studio in Philadelphia.

Neil’s work strives to show the vitality of clay, especially through the use of texture. Most of his forms are begun on the potter’s wheel and then altered (faceted, ridged, cut and re -assembled.) The white stoneware clay is completely vitreous and the colorful glazes are food-safe. In his functional work, Neil wants to make pots that are beautiful to look at and comfortable to use.

Camille Ward has been teaching drawing at CCP, and drawing and design at Drexel University for over 20 years. She paints and draws organic forms and has shown her work locally and in New York City. She spent several years drawing from the malacology (mollusks and shells) collection at Drexel University Academy of Natural Sciences in Philadelphia. 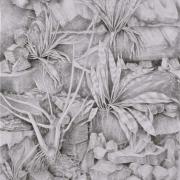