All Summer and Fall classes will be held online, and all admissions and student support services are available remotely. Visit the Virtual Student Resource Center to access the assistance that you need.

Meet the Academic Advisors and Staff 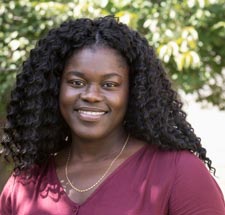 Tomi is originally from Brooklyn, NY. She earned her B.A. in Psychology and Social Science Interdisciplinary Studies. She then went on to complete an Ed.M. in Higher Education Administration. Tomi is extremely excited about joining an amazing group of dedicated advisors, but most importantly, she is looking forward to getting to know her students and working with them to achieve their goals while at CCP and beyond. 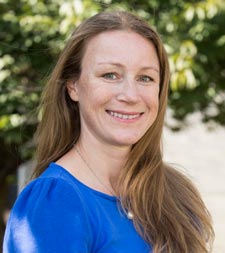 Kathryn was born in New York City, raised in New Jersey, and then attended The College of New Jersey where she earned a B.A. in Psychology. She also attended the Universite de Paris X for a year while in college and earned a French minor. She moved to Philadelphia to attend graduate school at the University of Pennsylvania, where she earned two M.S.Eds: One in Psychological Services (and also earned a Secondary School Counseling Certification), and the second in Educational Policy. Although she joined the Department of Academic Advising in 2016, she has been at CCP since 2006. Prior to that, she was a secondary school guidance counselor at various schools in Philadelphia. She appreciates the opportunity to work with all students in the city and help them work toward their goals. 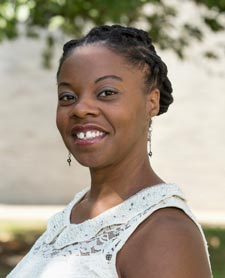 Sherice grew up in Springfield, Massachusetts, home to Dr. Suess and the Basketball Hall of Fame. She earned a B.A. in Psychology from Westfield State University and an M.Ed. in Student Personnel Administration from Springfield College. Sherice started her advising career at Nichol’s College working with first year students and in 2013 relocated to Philadelphia for an advising position at Temple University working with theater and film students. She joined the CCP family in 2016 as a Faculty Advisor and enjoys helping students achieve their academic goals and plans for their future. 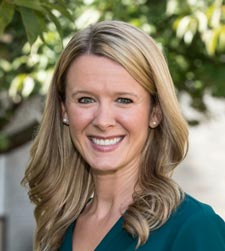 Maddie grew up in a small town in Wisconsin. She ventured to Indiana to go to the University of Notre Dame for college, where she started out as a Violin Performance major and ended up with a B.A. in English. Maddie developed a passion for advising during grad school when she worked as an advisor for student athletes at the University of Michigan.

Fun Facts: Maddie is a diehard Packers fan and enjoys reading, traveling, and spending time with friends and family in her free time. 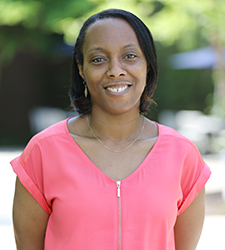 Khalica was born in Brooklyn and raised in Queens, NY. She earned her B.S. in Psychology with a minor in Business from Penn State University. Khalica then returned to New York to complete her M.A. in Counseling at New York University. Before her start at CCP, she was an Academic Advisor for the undeclared students at Penn State Brandywine. Khalica is passionate about helping students figure out their college academic journey. She is looking forward to getting to know the students at CCP while being an advocate and support system for them as well. 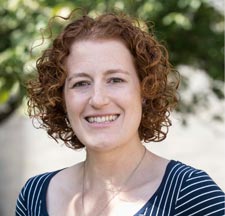 Born and raised in Ohio, Stephanie graduated from The University of Akron with a B.S. in Sports Science, focusing her studies on Sports Psychology. She then earned her M.S.Ed at UA while working for the Zips Athletics department as their NCAA CHAMPS/Life Skills Coordinator and providing academic advising and support for many of the school’s Division I teams. She came to Philadelphia in 2010 and worked as an Academic Advisor for Temple University’s Fox School of Business until getting hired as a Faculty Academic Advisor at CCP!

Fun Facts: Avid fan of all things nerdy. Students will definitely see her personality on display in her office décor of Legos, Star Wars posters, and fossils. 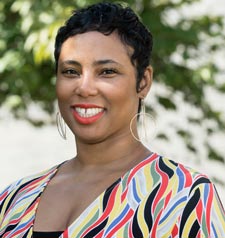 Kimberly Harris is a Faculty Advisor for Health Care Studies majors here at CCP. Kimberly is a graduate of Virginia State University with a B.A. in Sociology and an M.Ed in Higher Education. Prior to joining CCP in 2016 as a Faculty Advisor, she worked at Anne Arundel Community College as an Allied Health Advisor. She is passionate about assisting her students to reach their full potential. 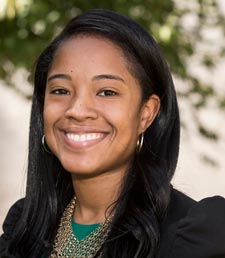 Kristen Miah is a graduate of St. Francis College with a B.A. in Communication and an M.Ed. from Temple University. Prior to joining the CCP advising faculty, she worked at Temple University as an Academic Advisor in the School of Sport, Tourism and Hospitality Management and the Fox School of Business. She also served as a financial aid counselor at Temple.

Fun Facts: Kristen is a former student athlete that scored over 1,000 points in high school. 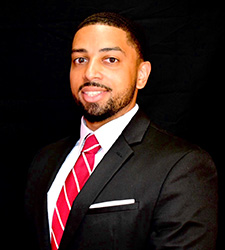 Cameo Pritchett is a Philadelphia native and graduate of Kutztown University with a B.A. in Sociology and M.Ed. in Student Affairs in Higher Education Administration. Prior to joining CCP as a Faculty Academic Advisor, he worked at Cheyney University as a Life Coach providing holistic student wellness support and was the Advisor to Fraternities, Sororities and Social Fellowships. Cameo holds previous experience at CCP which includes serving as a Graduate Assistant in the Office of Student Life, an adjunct instructor for the Liberal Arts First Year Experience 101 course and Support Coach with the Center for Male Engagement. He is excited to return to the college and assist students in conquering their goals and meet their full potential.

Fun Facts: Cameo enjoys cooking, traveling, documentaries and spending time with friends and family. He also attended CCP as a high school student in the Advanced Technology at College program.

Jason joined Community College of Philadelphia in May of 2016. He currently serves as the Department Chair for Academic Advising at the College. Jason provides vision and oversight for academic advising processes and practices at the College, including but not limited to development and execution of a holistic advising model. Prior to joining the College, Jason worked as an Academic Advisor & Director of Minority Mentoring program at his alma mater Mansfield University. Jason obtained his B.S. in Criminal Justice and M.Ed in Education from Mansfield University where he was a three-sport athlete excelling in basketball, football, and track. 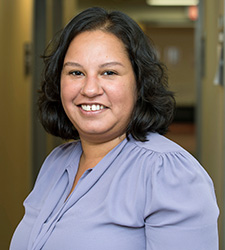 Brenda was born and raised in Yonkers, NY. She received her B.A. in Psychology from Queens University of Charlotte. She then went on to earn her M.S.Ed in School Counseling from Long Island University. She has years of experience working as an advisor to community college students. Brenda is thrilled to be joining the advising staff at CCP. She is currently serving as the Academic Advisor at the Northeast Regional Center. She is excited to work with students and help them meet their academic goals.

Fun Facts:Brenda is a “Baseball Mom” who spends most of her free time with family and friends at the baseball field. 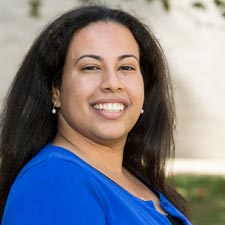 Erika Vega is an Academic Advisor for Health Care Studies majors here at the Community College of Philadelphia. She has a B.A. from Hunter College where she double majored in Sociology and Africana/Puerto Rican/Latino Studies. Erika also has an M.S.Ed in Higher Education from the University of Pennsylvania and is currently working on her Ed.D in Higher Education at Northeastern University. She has over 10 years of experience working with first generation college students who have an interest in S.T.E.M or Health Care careers. As a first generation college student herself, she is passionate about helping students on their collegiate journey as others have helped her.

Fun Facts: Erika loves to try new foods, bakeries, and restaurants. Her favorite meal of the day is dessert

Members of our Administrative Staff are available to help answer your questions, book advising appointments, check in to see an advisor, and direct you to college resources.